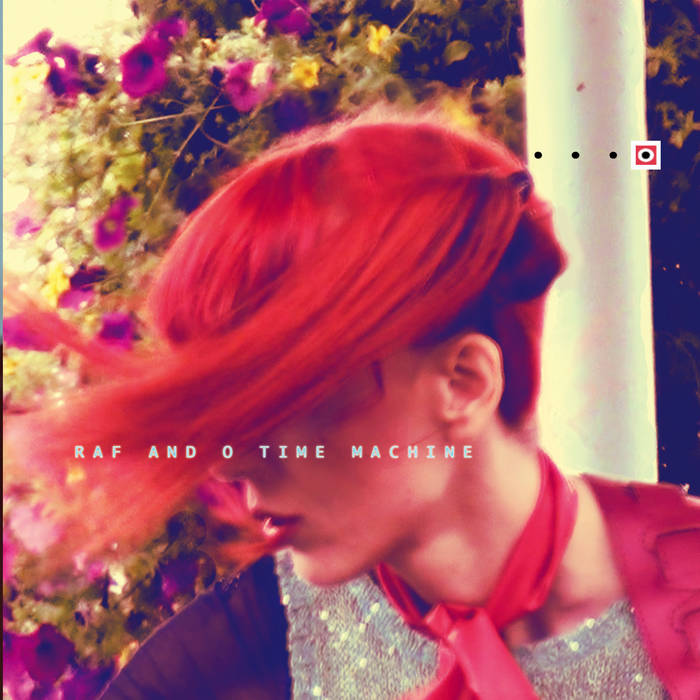 Raf and O’s new album, 'Time Machine', presents the unique songwriting and vocals of Raf Mantelli, that have been referred to as 'haunting, sensual and bewitching’ alongside the soundworld created by Raf and Richard Smith (O). They fuse electro/ acoustic drums, self-made triggers, pads, vocals, synths, electronics and acoustic guitar to startling effect.
Building on the reputation of their first album described as ‘Really excellently knitted experimental and cinematographic world’ (De-Bug Germany) whilst ‘They display outright pop mastery’ (Flux Magazine), the two piece band employ the same set up for live performances. The songs are a concoction of emotional journeys, time travel and surreal dreams featuring eerie, magnetic vocals, gentle, at times frenetic dark guitar picking, contrasting with washes of warm synthesizers and challenged by a hybrid of electro/ acoustic drums, repetitions and glitches.
rafando.com
-----------------------------------------------------------------------------
“Describing what they meticulously concoct as electronica is a misnomer, really. The excellent Time Machine represents the very antithesis of EDM… There is a butterfly, acoustic delicacy about tracks like ‘Mad And Brilliant’, and yet also the deceptive, steel strength of spider silk in their complex weaving - Raf’s vocal ranges far and wide in her emotional and lyrical foragings…the surreal dreams, hopes and fears embraced and expressed in the words matched by the colourisation and reinforcement of the ever-shifting, kaleidoscopic backdrop. Freeze-frame any given second of this album and it’ll reveal a hive of pixellated, analogue activity. The album takes a lovely turn with a cover of David Bowie’s ‘Lady Grinning Soul’ from Aladdin Sane, a theme song for an imaginary Bond movie, whose warm, analogue synth waves remind of Brian Eno circa Before And After Science...As with Time Machine as a whole, it’s an approach you’d do well to take up, if you know what’s good for you.”
DAVID STUBBS, THE QUIETUS

"A beguiling slice of noir-pop...a total treat"
THE GIRLS ARE

"One of the more memorable events of the Beckenham Festival in September 2013 was RAF AND O’s haunting performance of David Bowie’s Lady Grinning Soul. And Bowie’s best known ivory tinkler, Mike Garson, was moved to give the studio version of the track a big thumbs up when it was released as a single last year. "
DAVID BOWIE OFFICIAL

"Tripped-out hypnotic Raf and O embody the exploratory art school/mime period Bowie. Their sound springs from a conjuncture of Aladdin Sane and The Man Who Fell To Earth, but with an added allure of trip-hop...Tender and diaphanous, from bent out of shape Air meets folkloric avant-noir to ESG and Radiohead’s Hail To The Thief"
MONOLITH COCKTAIL

Southeast London duo, Raf and O (aliases Raf Mantelli and Richard Smith) experiment between the air, place and space that occupies where nature's breath is conjoined by manufactured ambient excercises. Their emergence was made known with the Has The Air Gone Walking? 10" and their take on David Bowie’s Aladdin Sane classic, "Lady Grinning Soul"; where Mantelli and Smith explore the connecting fields and magneticism between the acoustic and electronic relations...The strums and subtle poly-rhythmic drum arrangement and programming create the sound of two desert nomads walking the earth in quest of finding new waters, and perhaps new time zones. Raf's vocals and the production slowly spin, and twirl; whispering their song like tomorrow's cautionary lullabies sent backward to today as an omen of intrigue" IMPOSE MAGAZINE