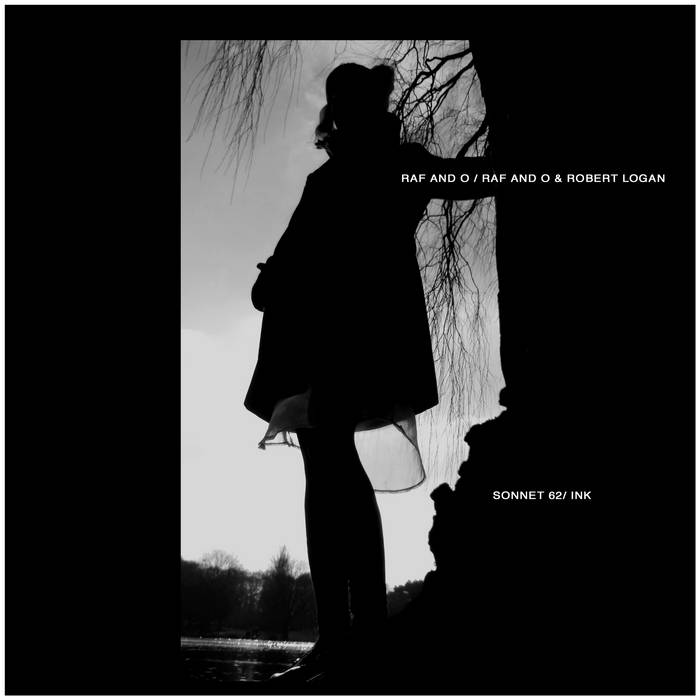 "...The first half features two tracks taken from Portal: a sort of warm-up before the main event if you like. Originally receiving a commission two years ago to create a piece of work inspired by Shakespeare, the duo chose to recite the bard’s ‘Sonnet 62’ verses on jealousy and self-preoccupation to a supernatural metallic soundtrack. Raf, sounding at her most rich and mature vocally, soothes and coos like a cross between Beth Gibbons and a female David Sylvian over Richard’s kinetic but dreamy soundscape. Evoking a raspy motoring ride across some futuristic hyper freeway, but in fact inspired by a drive through Europe and the German town of the title,‘Worms’ , the second of these tracks from the upcoming Portal album, is a clean cut techno sheened instrumental that reverberates with lingering traces of post-Krautrock, the Gamelan music of Java and Bali and Sheffield synth new wave. A collaborative affair, the second part of this EP features a project between the Raf And O and the much-feted electronic artist Robert Logan (Bomb The Bass, Grace Jones, Brigitte Fontaine). Remixing a track for their 2014 Time Machine EP, Logan collaborated with the duo on a series of sessions, exploring a number of deconstructive and fragmented soundscapes, two of which are featured here. Aboard a haunted freighter in the deepest reaches of deep space, ‘Ink’ has Raf’s whispery and melodious voice drift and fluctuate amorphously with a jittery, cut-up of breakbeats and ghostly trip hop. It is both equally seductive and alien, a machine driven twitchy gallop into the ether. Creeping into the dense hallucinatory environment of ‘A Reason To Try’, the trio stir untethered in a strange soup of churned up beats and solar tidal waves" Dominic Valvona, MONOLITH COCKTAIL

Two years ago Raf and O received a commission to create a work inspired by William Shakespeare. Immersing themselves in the spirit of things, they created a musical dialogue around ʻSonnet 62ʼ. ʻTime Machineʼ, their last album acted as a lever to spark their imagination into a past world. The result captures an ancient atmosphere punctuated by the warm rhythmic see-sawing guitar's harmonic shifts, underpinning Rafʼs haunting melody, navigating the interjections of underwater bells, gongs and ghostly repetitive choirs. The intro acts as a portal, shifting the listener back in time through a glitched-up sonic cut up prelude. Worms was inspired whilst driving across Europe and through the German town by the same name. The instrumental track is centred around Oʼs repetitive grooves, machine like acoustic drums and a series of motifs that build and lurk within the track echoing shades of Krautrock and Gamelan.
Part two of the EP unveils another brace of tracks from the collaboration between Raf and O & Robert Logan. The three spent a series of sessions working closely in the same space, concocting a deconstructed and layered amalgamation of song, electronic sounds, dense atmospheres and organic instruments, textures and further exploratation of fragmentation. This is evident in ʻInkʼ the opening track, an infectious, pulsating groove propelled by a hooky chunky bass line, cut up vocals scuttling back and forth between reverberant tunnels and dry wrap-around textures. The following track, ʻA Reason To Tryʼ creates a dense hallucinatory sonic experience imbued with a thick and syrupy feel, an intriguing conversation between stringed instruments and electronic sounds, Rafʼ s vocal riding on top like ebb and flow. Dark and enveloping, it brings the Ep to a close.

After garnering widespread acclaim in the UK / Europe and supporting artists such as Faust, Little Annie Bandez, avant-pop artists Raf and O launched their second album ʻTime Machineʼ in 2014 at Shoreditch Church to wondrous press acclaim. It made Top 10 albums of 2014 picked by Joe Muggs on FACT Magazine.“The excellent Time Machine represents the very antithesis of EDM - There is a butterfly, acoustic delicacy and yet also the deceptive, steel strength of spider silk in their complex weaving – Rafʼs vocal ranges far and wide in her emotional and lyrical foragings” David Stubbs, The Quietus. They were special guests in Richard Strangeʼs production for William S. Burroughs centenary at Queen Elizabeth Hall, praised by Bowieʼs pianist Mike Garson for their unique interpretation of Lady Grinning Soul, they performed at the legendary Beckenham Free Festival Remake (Memory Of A Free Festival 2013/ 2014), Starman celebration at the Union Chapel and recently composed music for the theatre play 'That Woman's Voiceʼ a Tribute to Jean Cocteau and The Human Voice'. Robert Logan is an electronic composer and producer. Back in 2007 at 19 years of age, he was described 'something like a prodigy' with his debut album Cognessence. More recently he diverted his attention to soundtrack work and his collaborations includes Grace Jones, Brigitte Fontaine, Raf and O, Steve Roach and Skye (Morcheeba).He has been Emmy nominated and in 2015 Logan has released a new EP and a full length second album 'Flesh', receiving accolades from the likes of Clash, Dj Mag, Igloo to name a few. "Loganʼs finally back and heʼs certainly just as striking." [DJ Mag] “Meticulously produced, methodical and brilliant." [Igloo Magazine]
----------------------------------------------------------------------------------
Track 1 and 2 by Mantelli/ Smith. Produced by Raf and O.
Track 3 and 4 by Mantelli/ Smith/ Logan. Produced by Robert Logan and Raf and O
Mastered by Martin Bowes at Cage Studios